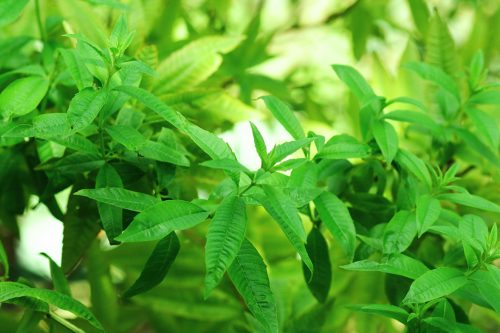 The lemon verbena knows as “lippia citriodora” is a delightful little shrub from the family of Verbenacee native to South America.
The shrub grew up in Europe since it was imported by the Spanish sailors in the 17th century. Initially it was reserved to the gardens of palaces and parks.
The name was given in honor of Maria Luisa Teresa of Parma (1751-1819), wife of King Charles IV of Spain. The Lippia is often cultivated in pots or in the ground as long as protected with mulch and leaves and only in mild climate regions.

The small light mauve flowers bloom in summer. The leaves if harvested before flowering give off a strong smell used to scent linen.
The leaves contain an essential oil consisting of citral, terpenes, getraniolo and two specific principles such as verbenina and verbenone.
The lemon verbena has antispasmodic and calming properties, but also diuretic. It is used in infusion for digestion and also to flavour tea. The French call it “verveine” and is also served in bars and cafes.